The Functional Adaptive Trainer Certificate Course is an interactive single-day course designed to teach coaches, medical professionals, and athletes how to make fitness training accessible to impaired athletes. Participants will learn how to train athletes with a wide range of impairments, from non-permanent (trauma, injury, or illness) to permanent (congenital disorders, combat trauma, automobile accidents, etc.).

Here's What You Will Learn! 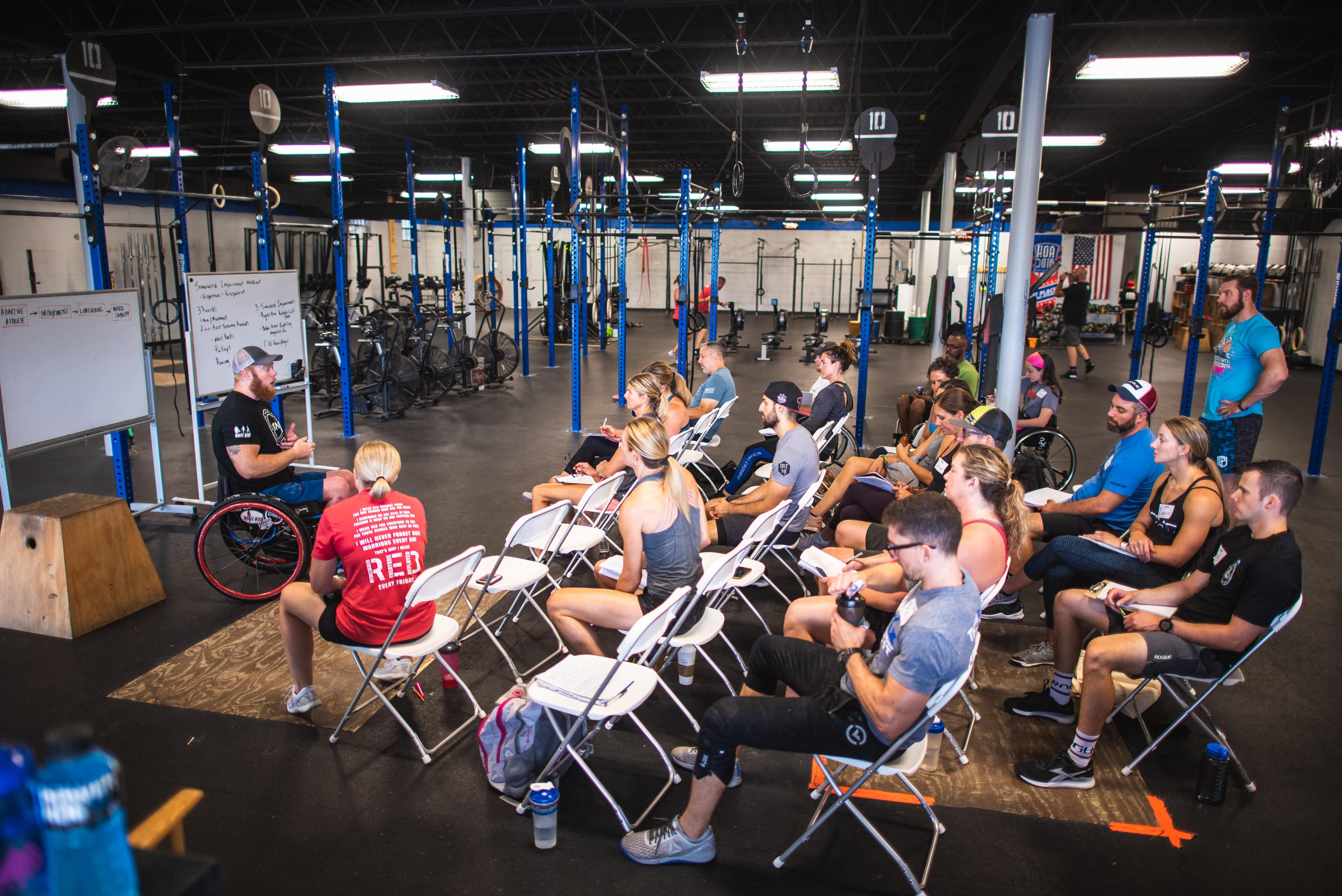 Identify the most common physiological and cognitive impairments, and understand the potential impact on training and task accomplishment. 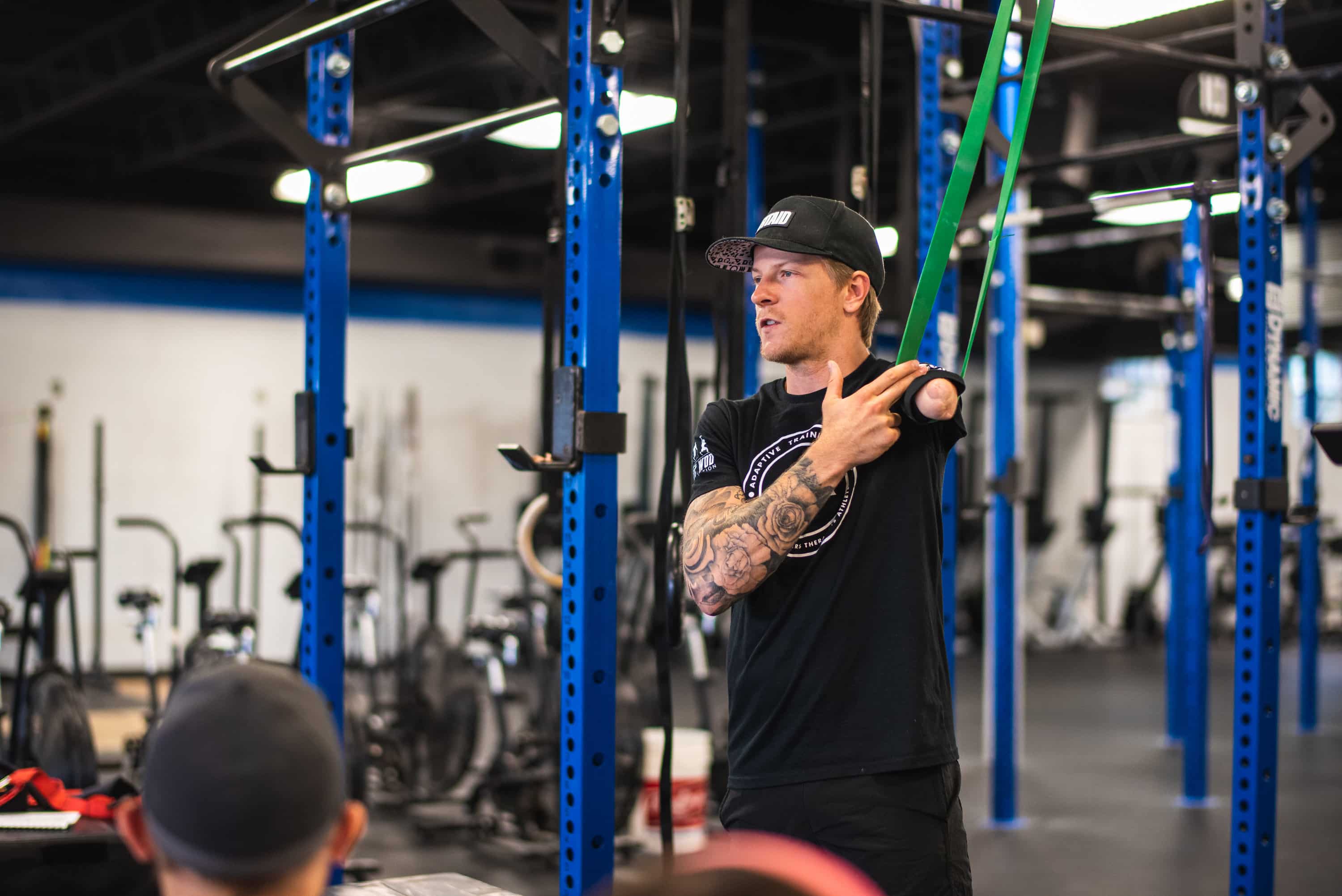 Learn and practice adapting movements for the most common impairments and physical limitations. 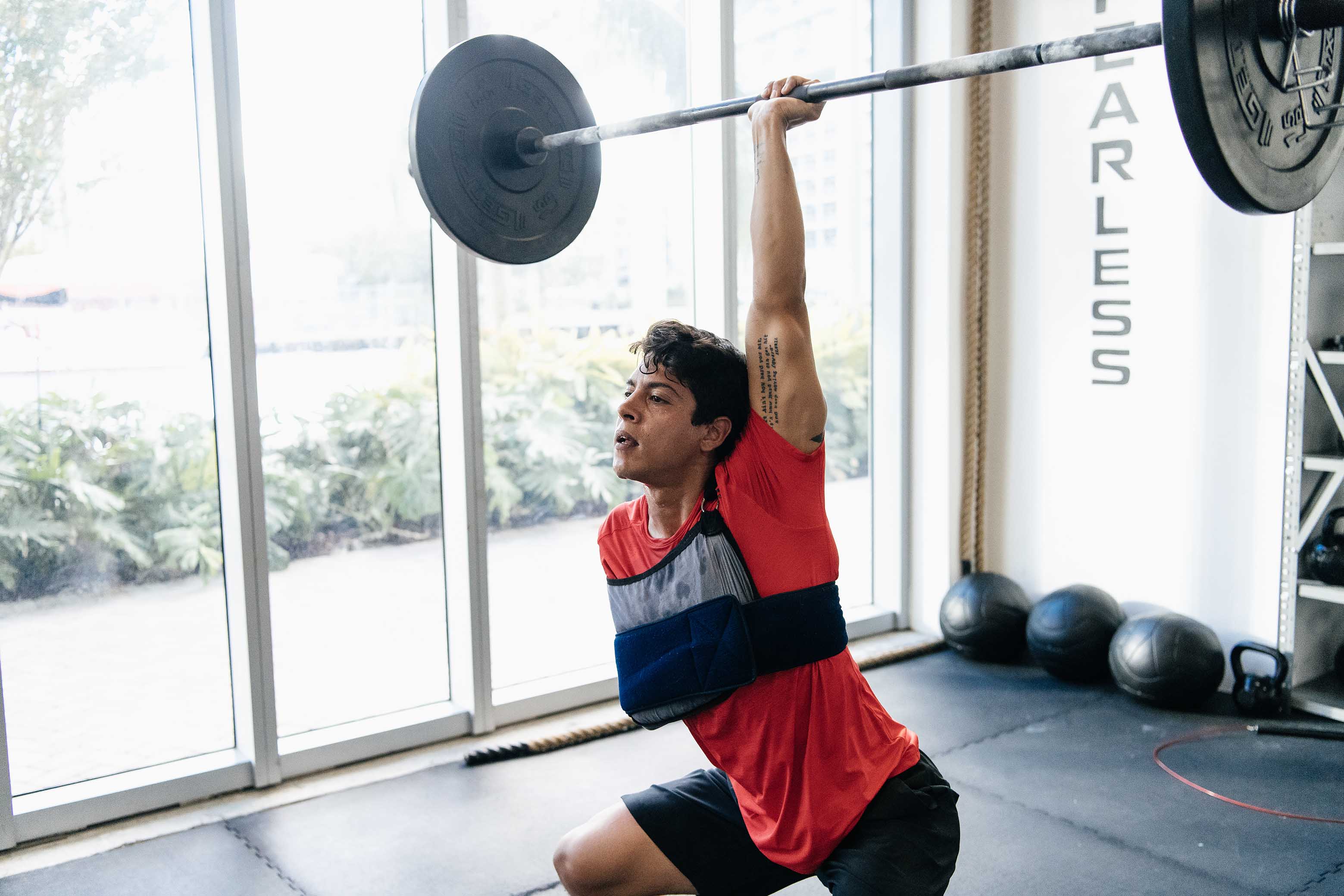 Understand the role the trainer has in a temporarily impaired athlete’s recovery process and a permanently adaptive athlete’s development. 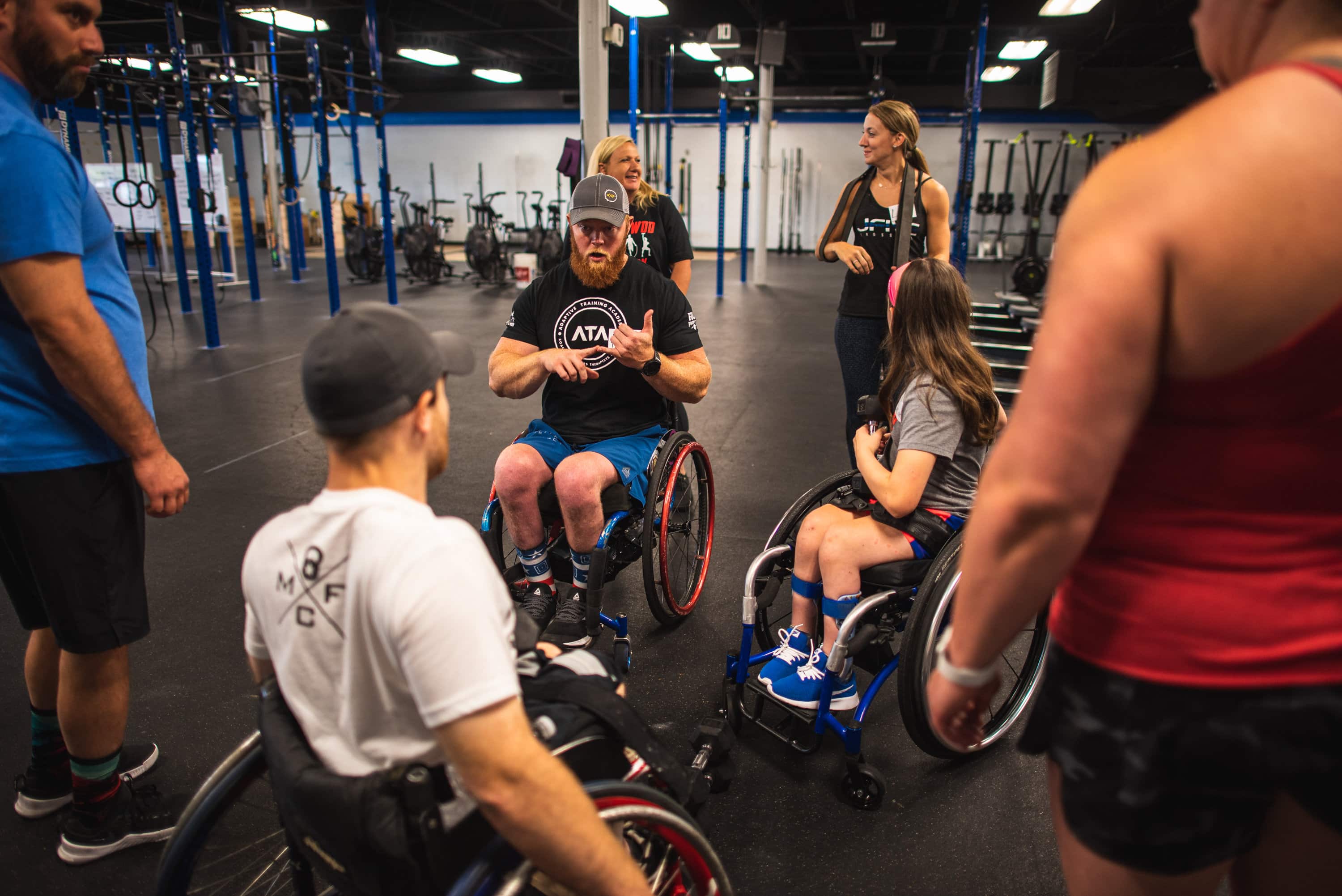 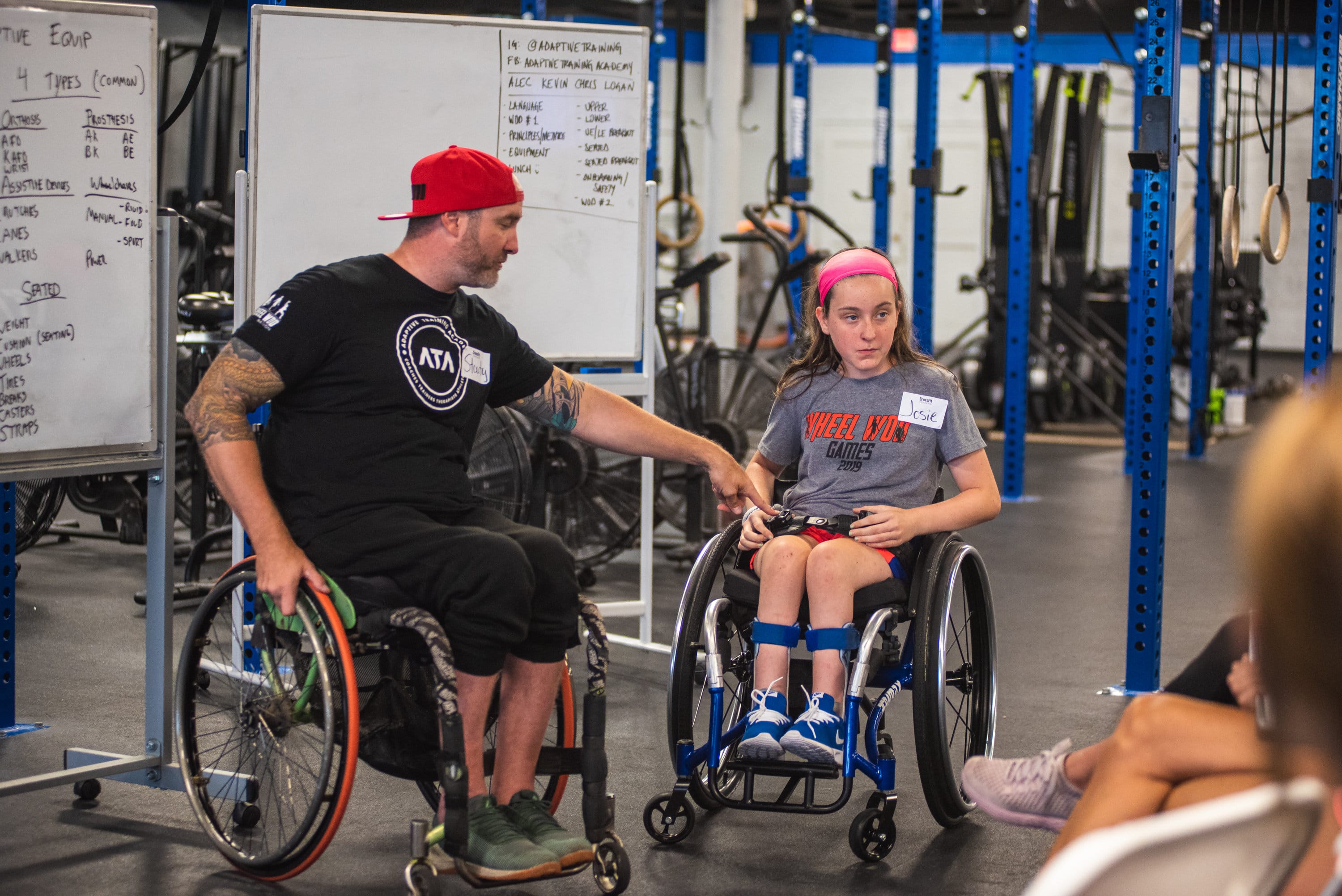 Identify the most common adaptive equipment (prosthetics, orthotics, wheelchairs, etc.) and understand their affects on movement and task accomplishment. 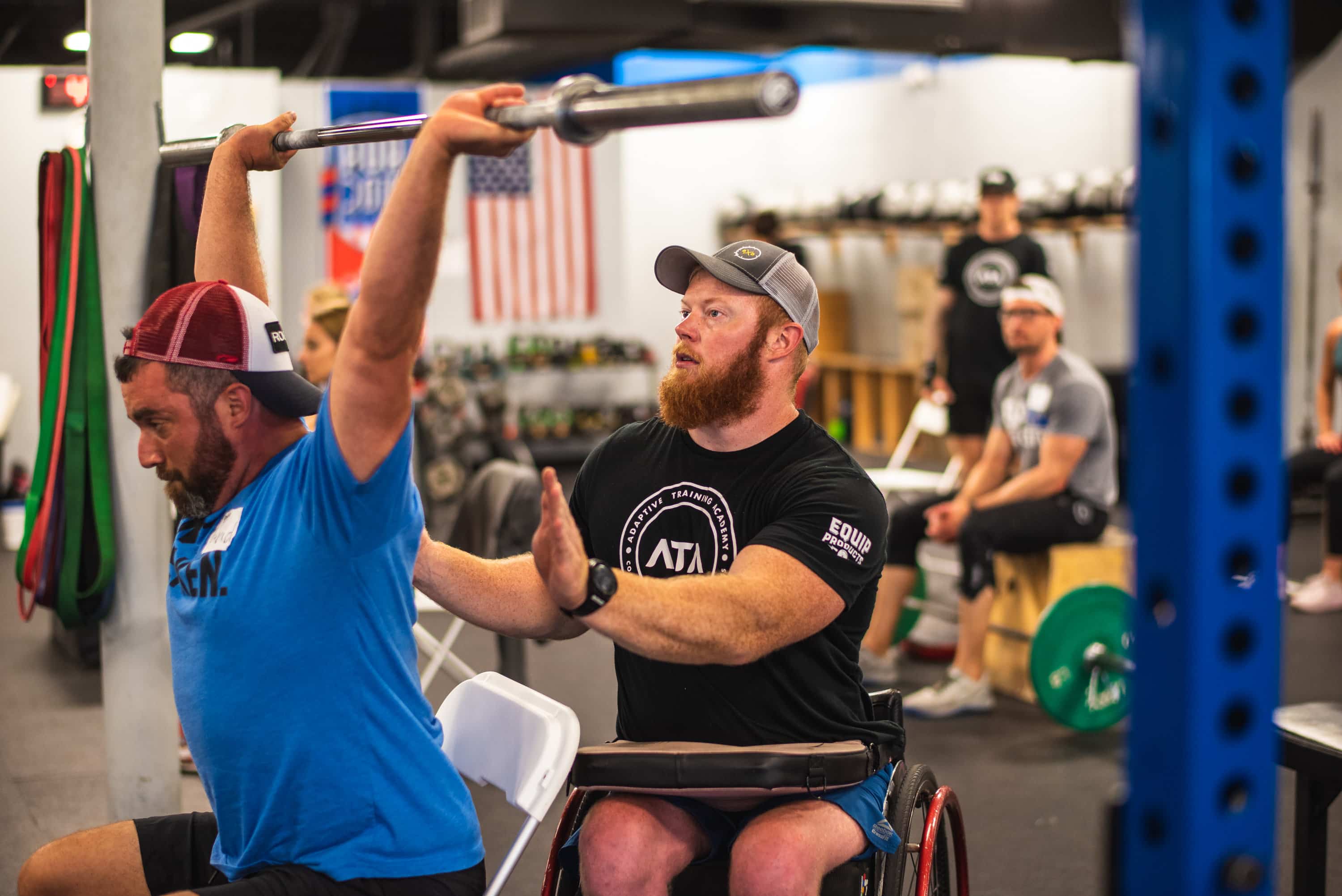 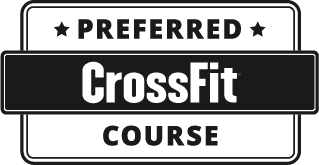 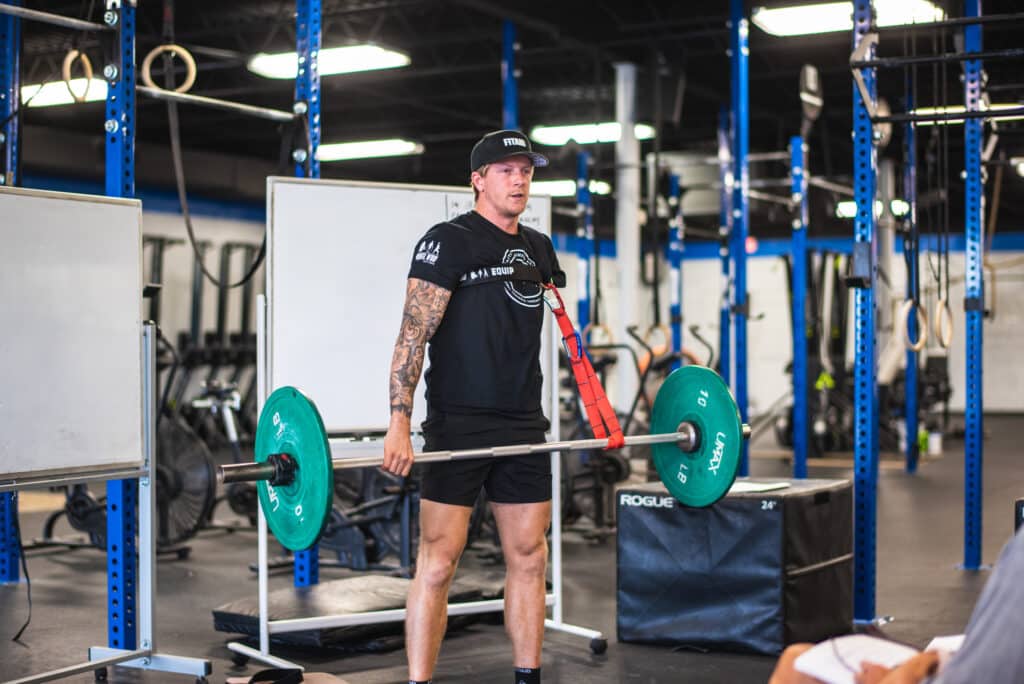 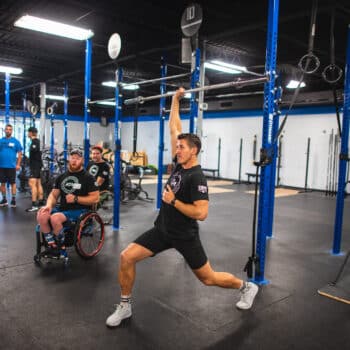 Alec is disabled USN veteran who has founded and operated two successful gyms (Kuwait and San Diego) before managing the Adaptive Training program for CrossFit. His passion is serving disabled veterans like himself by getting them engaged in community-supported fitness programs. Alec has run an adaptive fitness program as a part of Balboa Naval Hospital’s recreational therapy program since 2012 and is the Head Strength & Conditioning Coach for San Diego State University. 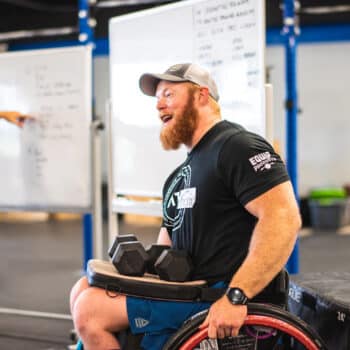 Kevin is a four times CrossFit Games Competitor (2010, 2011, 2012, 2013), placing as high as 6th (Regionals) in 2012. In 2014 Kevin suffered a spinal cord injury leaving him paralyzed at the T12 level. His injury only propelled his drive to participate in adaptive sports and has since competed in Adaptive CrossFit and most notably by representing Team USA in Paralympic Powerlifting. He now runs a rehabilitation program through his gym, CrossFit Watchtower, with Craig Hospital and also serves on the board of directors for the non-profit Reveille Project. 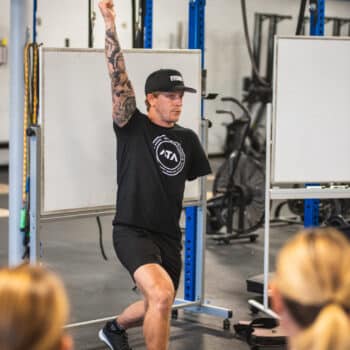 Logan sustained a traumatic boating accident during competitive wakeboard training at the age of 13, and as a result, his left arm was amputated above the elbow. He quickly adopted a motto and mindset that, “it’s just an arm.” Logan has since competed in sports from the collegiate level all the way to representing Team USA in multiple Paralympic events. Logan is a workout programmer and coach for WheelWOD and is the reigning World’s Fittest Upper-Extremity Adaptive Athlete. 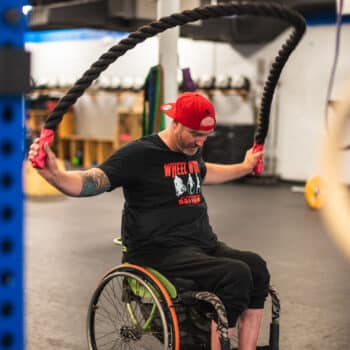 Chris is a three time Paralympian representing Canada in Wheelchair Basketball (2 Gold, 1 Silver medal). Since his spinal cord injury in college, Chris has founded and operates CrossFit Indestri as well as the first workout programming, resource, and competition platform for adaptive athletes: WheelWOD. Through WheelWOD, Chris programs for and coaches adaptive and able-bodied athletes around the world–some reaching the highest level of competition.

Are there any prerequisites for the course?

What do I get with the course?

Is this course for trainers, athletes, or medical professionals?

What is the cost of the course?

Over 900 Trainers, Therapists, and Athletes Like You Have Attended

Here's What Some Of Them Had To Say 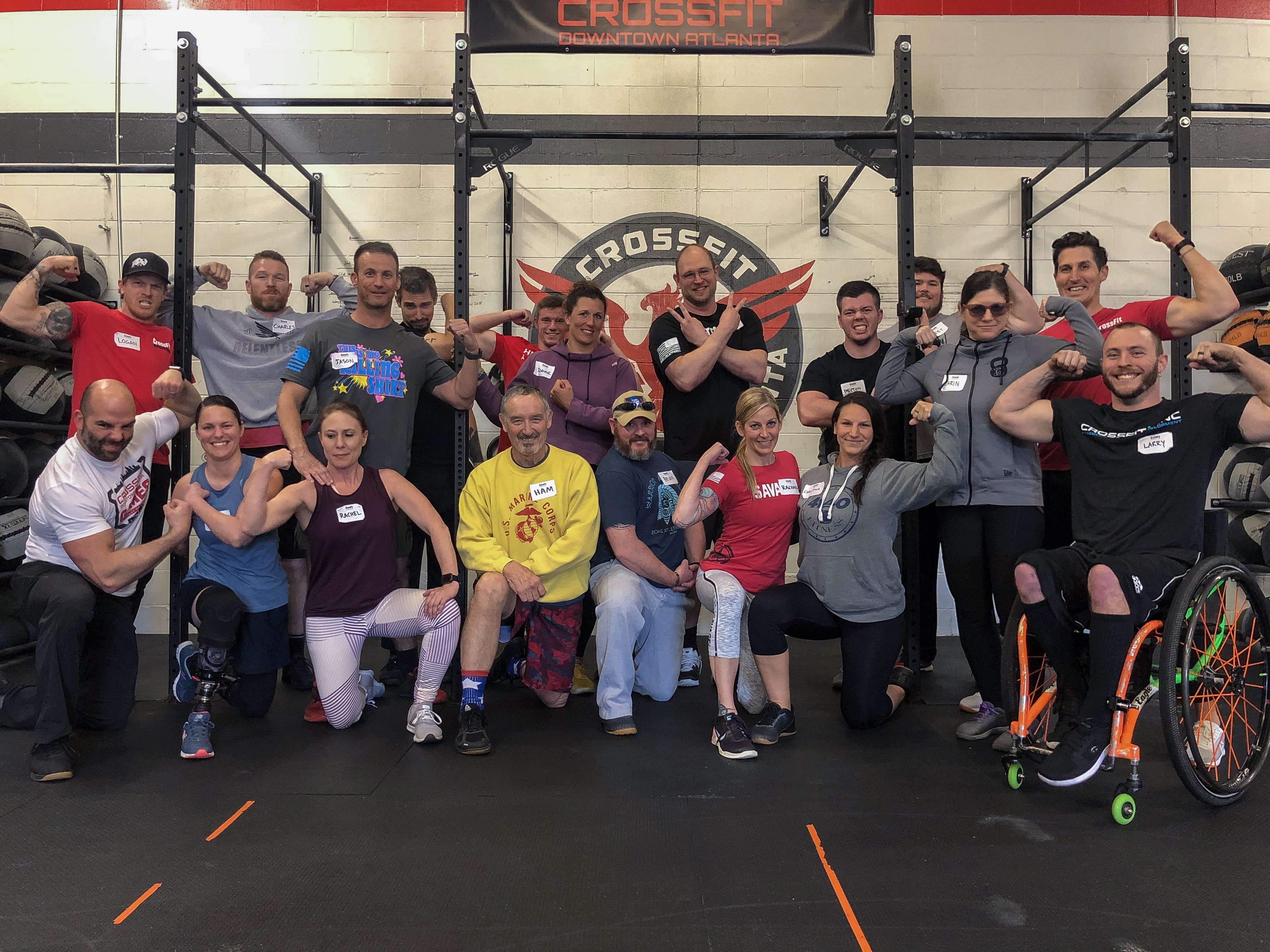 I just wanted to say that the Adaptive Training course was awesome! My instructors did a wonderful job. They gave me so much knowledge and tools for me to start training my adaptive athletes. I cannot wait to use them. Thank you for offering this course and I am so excited to be a part of this!! 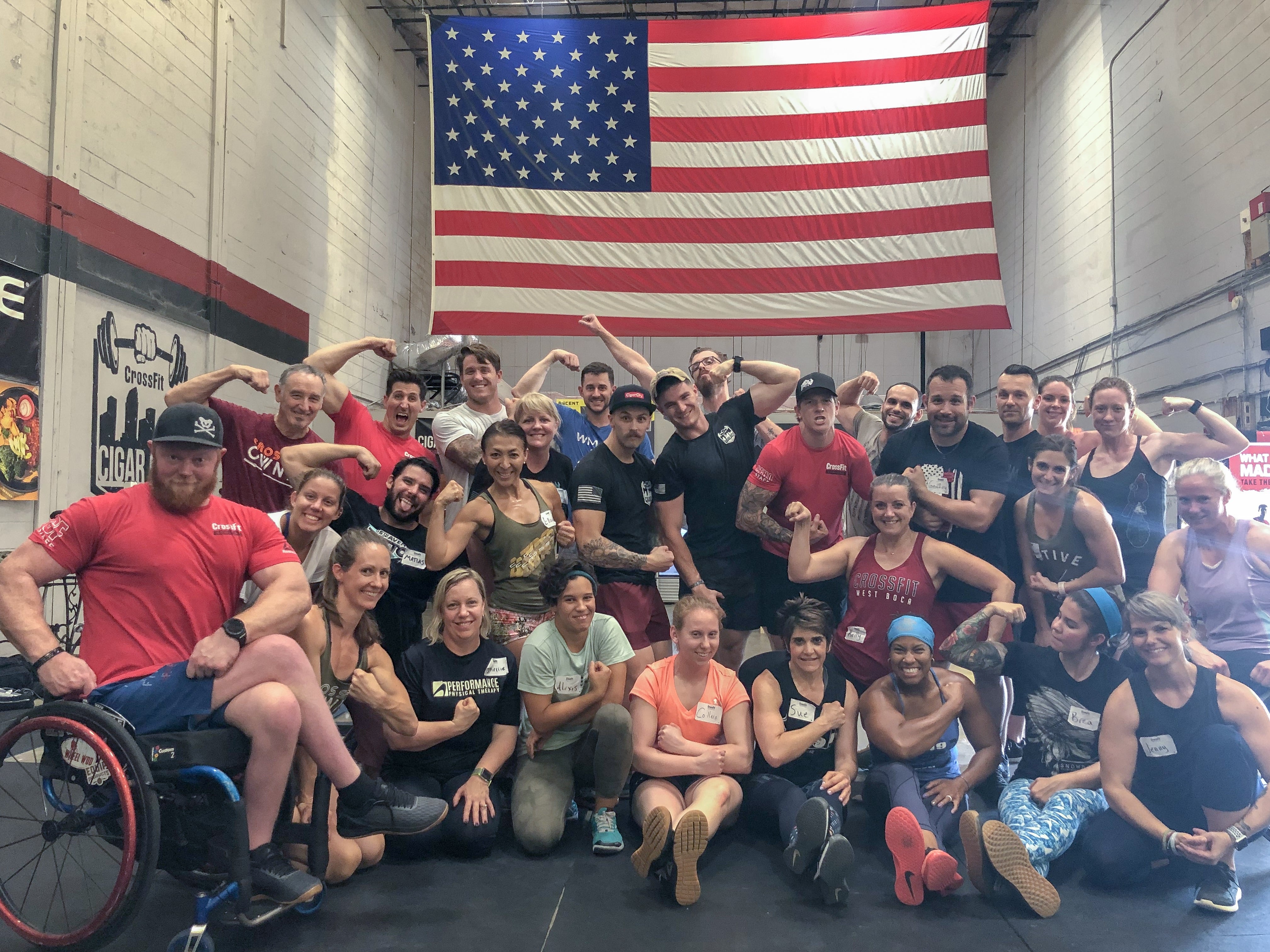 This was one of the best courses I have ever taken. The staff was amazing! Not only was the course information super in-depth and helpful, but the coaches’ stories made the material personal. 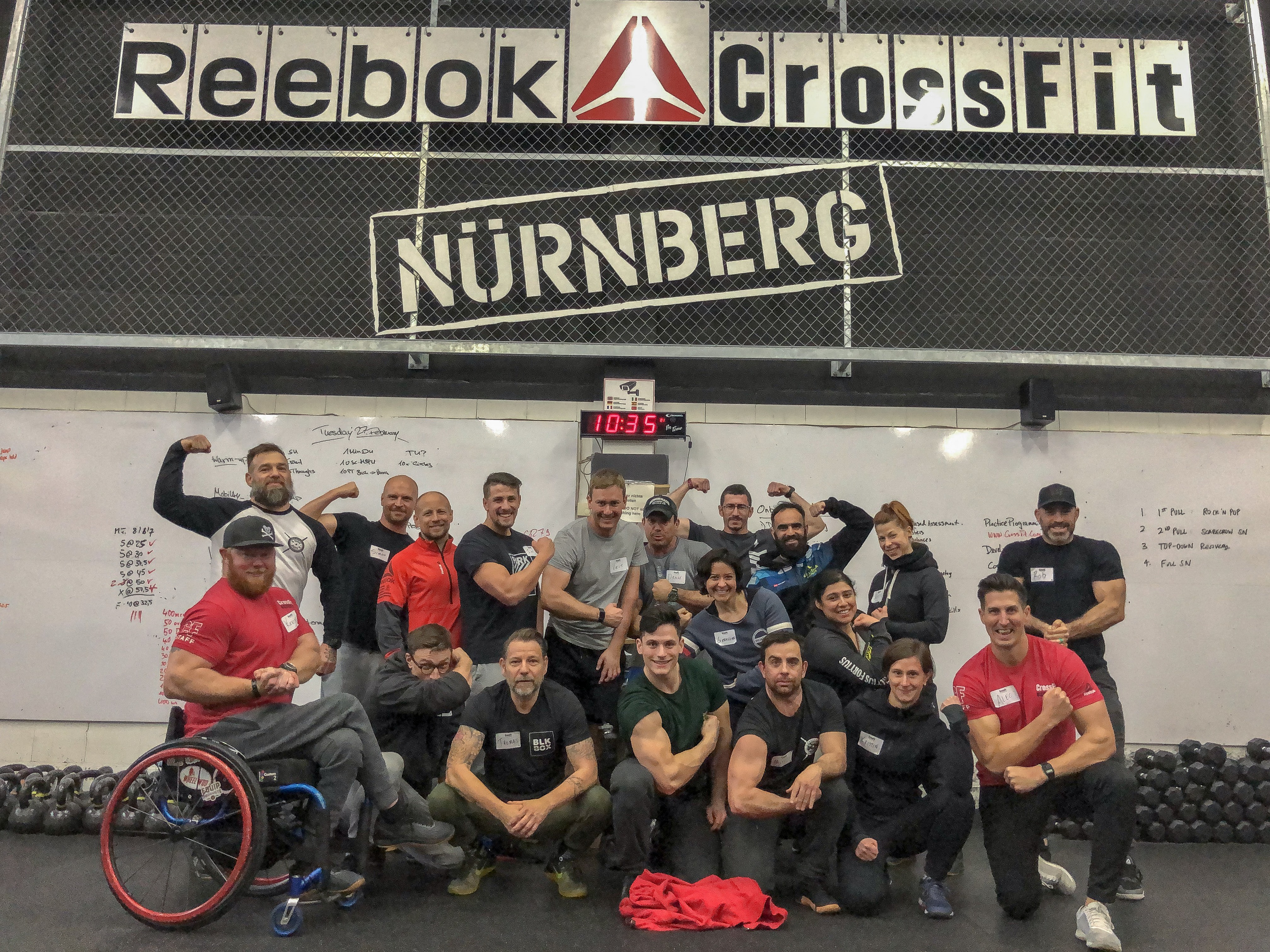 I must say that this was the best specialty course ever! I learned a lot, it was really interesting. The seminar staff are awesome, and they could explain everything really well.