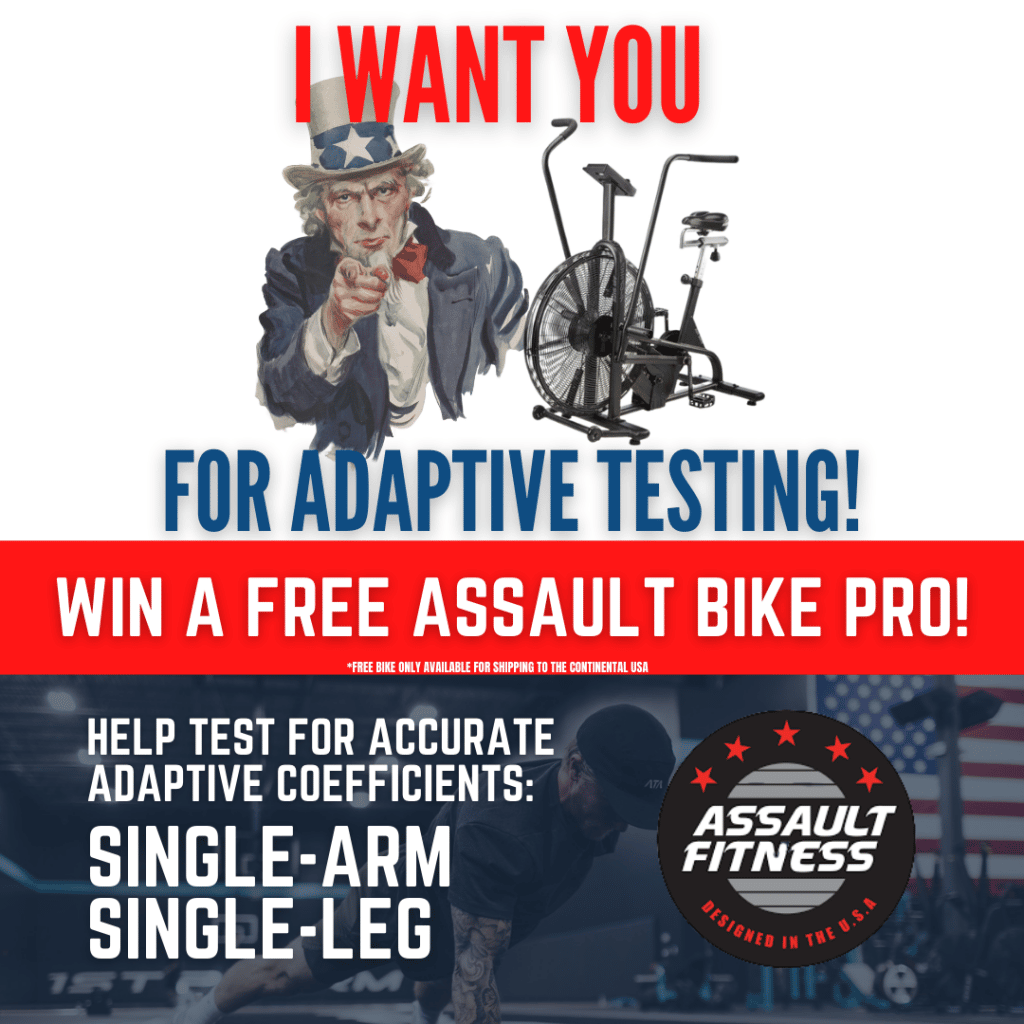 The Single-Limb Coefficient Field Study, powered by Assault Fitness, will produce two coefficients that can be used to estimate the reduction in calories/meters, etc., for the Assault Airbike when adjusting from an able-body prescription. With the data collected, programmers and trainers will be able to accurately modify WODs and competitions to account for athletes using a single-arm or single-leg.

FOR EXAMPLE
A workout with 20cals on the AirBike for able-bodied athletes may be adjusted to 16cals for athletes using both legs, but only one arm (ex: 20cal x 0.8 coefficient = 16cals).

Estimates used to adapt daily training are sufficient, but more specific research-based calculations must be made for adaptive competitions. This community-supported field study will provide the data needed to establish accurate coefficients for single-leg and single-arm athletes.

Developing coefficients also allows athletes to train and compete fairly against other adaptive and non-disabled athletes. The only other genuinely fair way for adaptive athletes to compete is to create specific divisions and subgroups for each type of impairment and ability level. This isolates athletes and is often not feasible since this significantly reduces the competition pool—often below a reasonable number.

An accurate coefficient could allow all athletes who are ambulatory (standing divisions) the chance to compete against each other, thereby increasing the competition pool for a community that is growing but sometimes doesn’t have significant participation numbers.

The test is comprised of two 90s maximum effort sprints on the Assault AirBike. One sprint will be performed using all able limbs and another restricting the use of one leg or one arm. Data in the form of maximum meters in the 90s test will be collected as well as demographic data on the test subject.

ATA will compare the ratio of maximum meters between the able-bodied (unrestricted) and simulated single-arm/single-leg distance. A coefficient will be established based on this ratio (example: SA 1,000 / AB 1,250 = 0.8).

The test only takes 14mins total with prescribed rest periods. Anyone over the age of 14 may participate in the study! Start by downloading the testing procedure and read through the instructions. You can perform the test anywhere as long it is on an Assault Airbike.

All participants who complete the study will be entered to win a free AirBike Pro courtesy of Assault Fitness. Participants may submit up to two entries: one for single-arm and one for single-leg testing. The winner will be drawn at the conclusion of the study on September 1st.
*Airbike shipping is only eligible for the continental US.

Alec Zirkenbach
Alec Zirkenbach
Alec is a disabled USN veteran who has founded and operated two gyms (Kuwait and San Diego) before creating and managing the Adaptive Training education program for CrossFit. He now serves as the Executive Director of Adaptive Training Academy and is a CrossFit Level 1 Seminar Staff. His passion is serving disabled veterans like himself by getting them engaged in community-supported fitness programs. 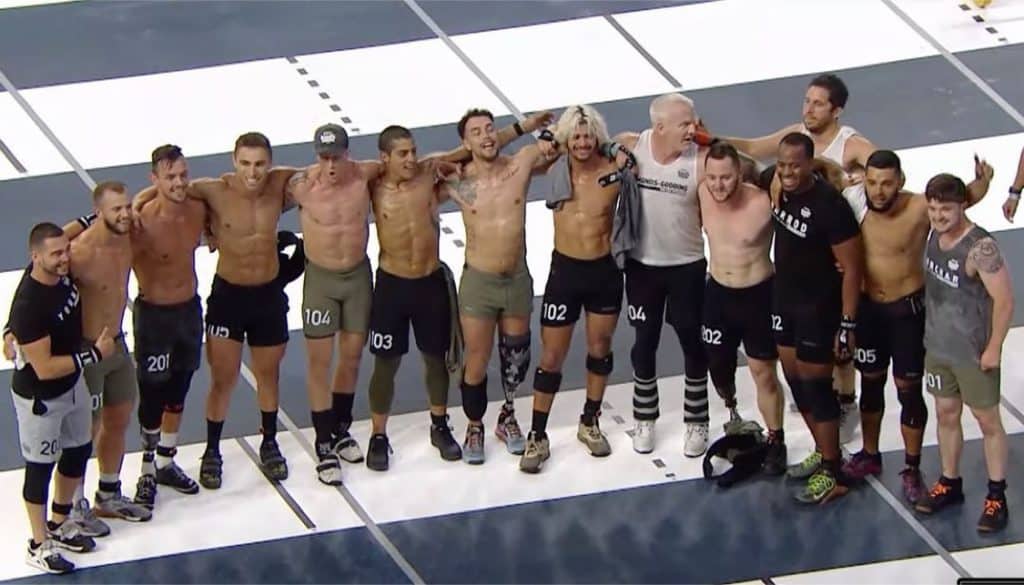 How To: Adapt Workouts

Try the online course for free!

Take the Wheelchairs Lesson and learn the necessary information and understand the common types of wheelchairs adaptive athletes use in training. This is just one of over 70 lessons in the Adaptive and Inclusive Training Online Course.

Try the Online Course ...Get the Wheelchairs Lesson for Free!

Register and we'll send you this one lesson.

Earn your Adaptive and Inclusive Trainer (AIT) Certification and CEUs!!